News
Sri Lankan Traditional Dance and Drumming at the Esplanade 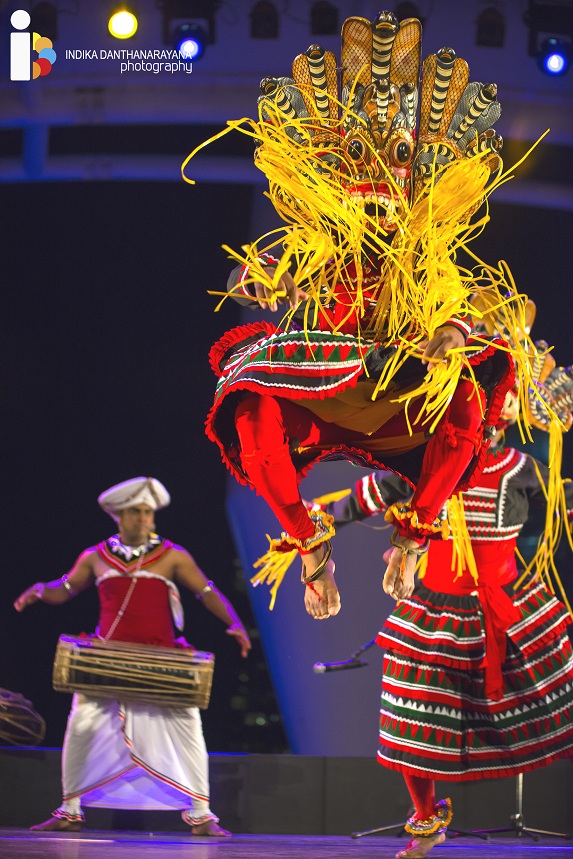 Sri Lanka’s State Dance Ensemble toured in Singapore from 14 – 18 April 2016.  The Troupe as its first leg of performances participated at the annual “Tapestry of Sacred Music Festival” at the Esplanade, the Theatre by the Bay, Singapore.

In two episodes of performances on 15 and 16 April 2016, they presented a range of traditional dance and drumming acts such as Pooja Natum, Ves Natum, Uddekki  and Pantheru etc. to an enthralling audience of about 1500 – 2000 from around the world who flocked to the Esplanade, showcasing Sri Lanka’s rich cultural heritage.

The Dance Troupe also performed at the New Year celebrations organized by the Sri Lankaramaya Buddhist Temple on 17th April 2016.

This tour of the State Dance Ensemble to Singapore was organized under the patronage of the Singapore Sinhala Association and the High Commission of Sri Lanka in Singapore.