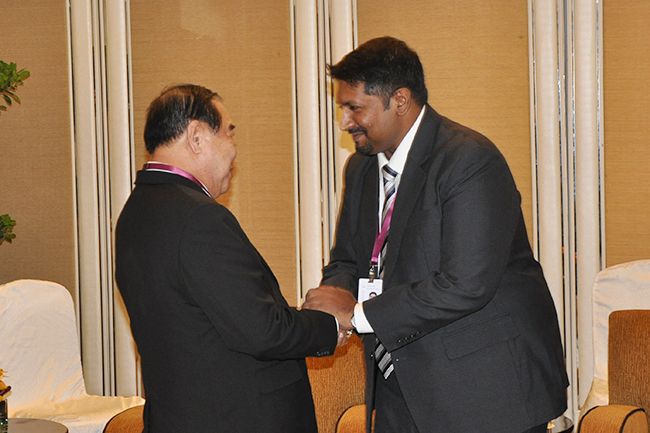 The 14th Asia Security Summit - the IISS Shangri-La Dialogue held in Singapore with the participation of Defence Ministers, Defence Secretaries and other key stakeholders from across the Asia Pacific region. The Keynote address of the Summit was made by Hon Lee Hsien Loong the Prime Minister of Singapore last night focusing on balance of power, regional cooperation and terrorism. Dr. Ashton Carter, The US Secretary Of Defence who spoke at the first plenary session said that the United States wants a shared regional architecture that ensures that the people and nations of the Asia Pacific region has the opportunity to rise and continue to rise in the future.

Mr. B M U D Basnayake, Secretary/ Ministry of Defence also met with his counterpart Mr. Chang Yeng Kit, the Permanent Secretary of Defence of Singapore and discussed how best to streamline Defence cooperation between the two countries through regular interactions at the policy and operational levels on the sidelines of the Dialogue.