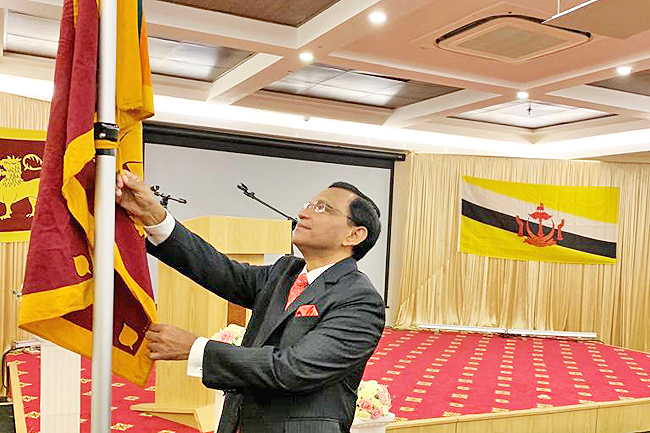 According to a press release, the ceremony commenced with the hoisting of the national flag by non-resident Acting High Commissioner Omar Lebbe Ameer Ajwad and the singing of the national anthem in both Sinhala and Tamil languages. This was followed by a two-minute silence in remembrance of all who sacrificed their lives for the country’s independence, sovereignty and prosperity.