News
Message of H.E. Gotabaya Rajapaksa, President of Sri Lanka on the occasion of Ramazan

My heartiest greetings to all Muslims in Sri Lanka, who celebrate the Ramazan or Eid-ul-fitr together with the Islam devotees around the World.

Ramazan or Eid-ul-fitr is one of the most important festivals in the Islamic religious calendar observed by the Muslim community after a month of fasting, and sighting of the crescent moon.

Sawm or the fasting during the month of Ramazan better known as one of Five Pillars of Islam conveys the message of importance of adhering to an exemplary practice while abstaining from physical luxuries. This period of abstinence is a great opportunity to develop a sensitivity towards the starving people in the world as well as to practice the ability of self-control.

The Ramazan rituals show that one could create a peaceful living environment in an era like this, when the entire world is facing a highly complex crisis hitherto not existed in the history, only through being conscious of others’ sentiments, while being inclined to achieve self-control in all spheres. The spirit of Islamic brotherhood existed in the Sri Lankan society since ancient times is exemplary to the world. We should never allow any harm to that brotherhood due to acts of a small number of extremists. The true Islamic devotees believe that the extremist beliefs are against the core values of Islam. Hence, I believe that we should strongly commit to follow the teachings of the Holy Quran while eliminating the mistrust and suspicion during this period of Ramazan

I extend my best wishes to all Islam devotees in Sri Lanka as well as around the world and may the spirit of the month of Ramazan heal the world. 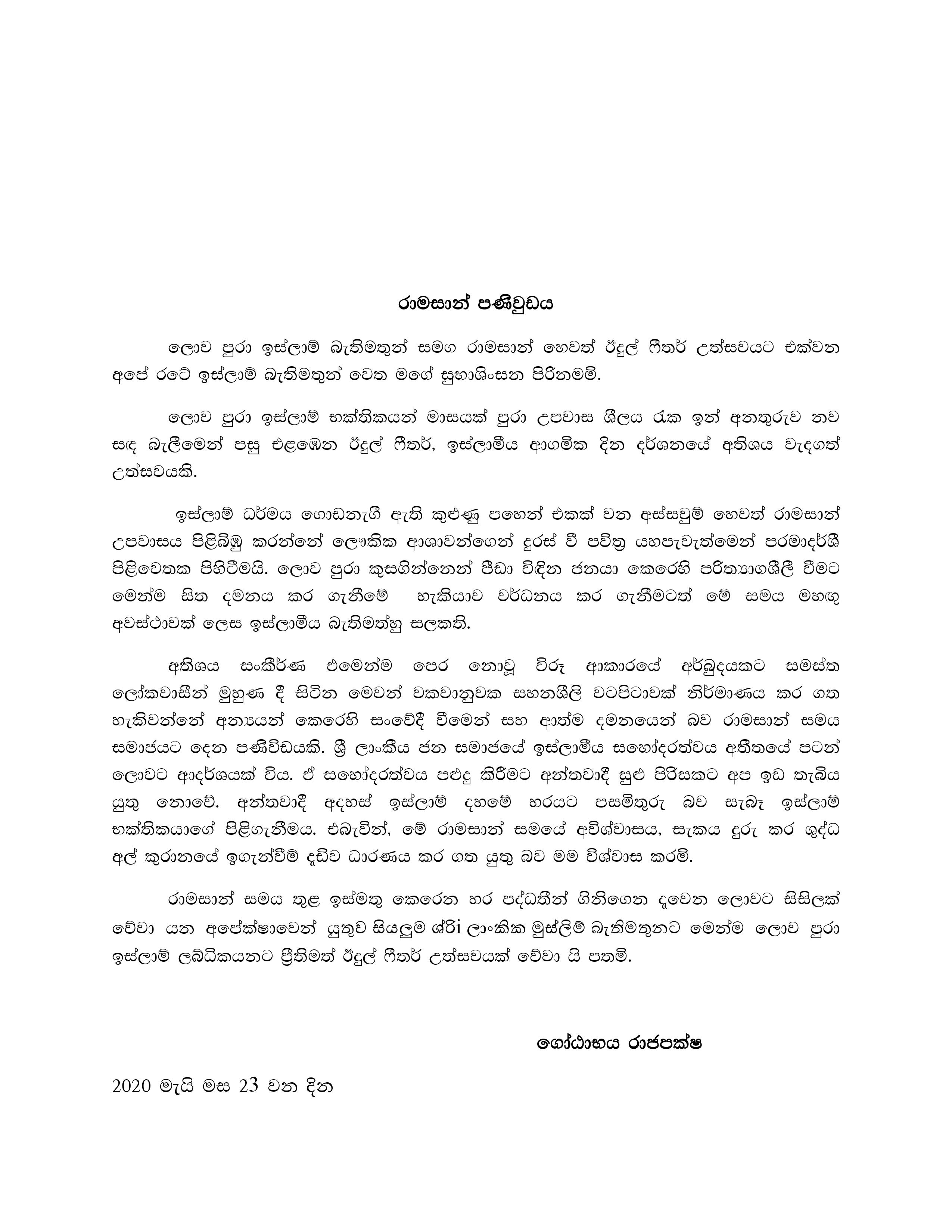 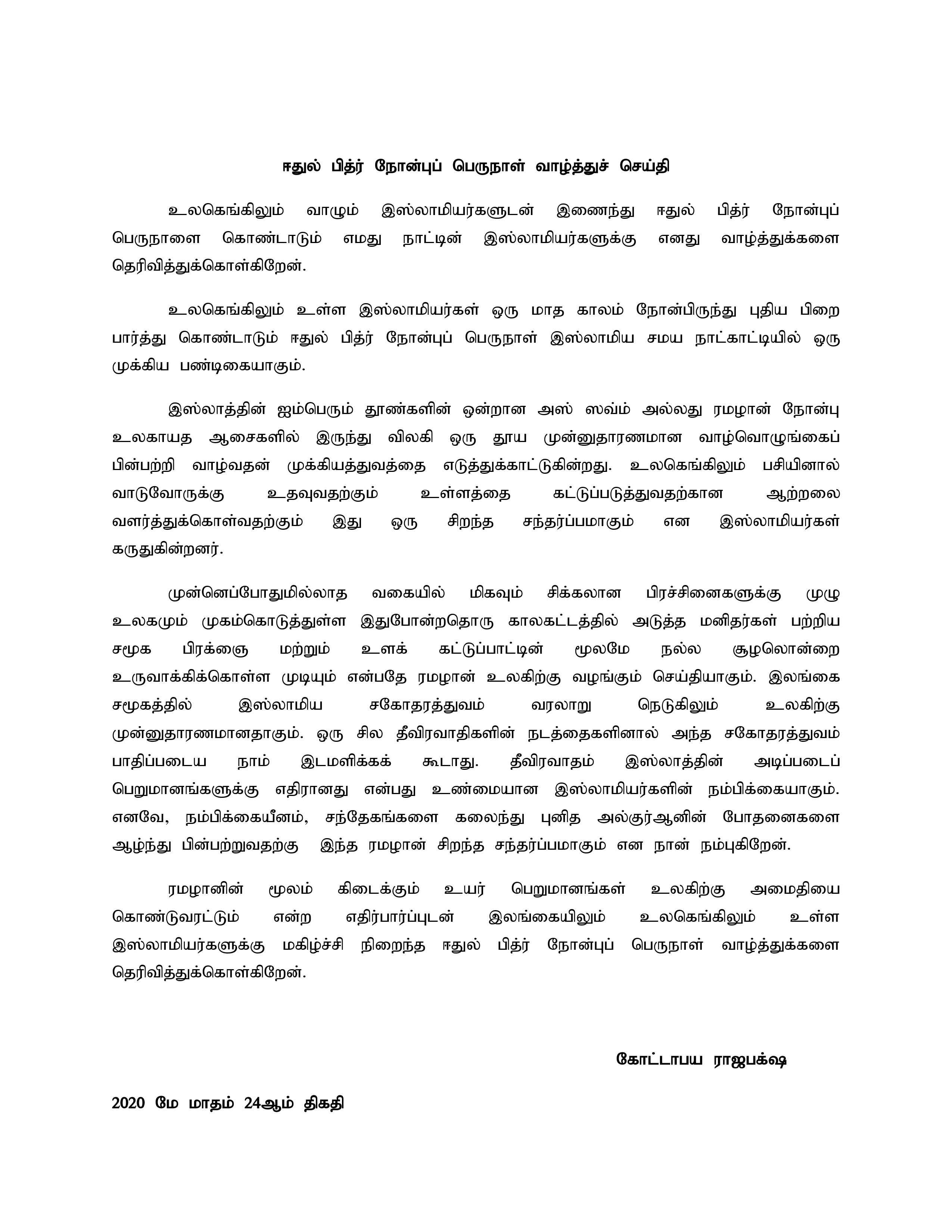